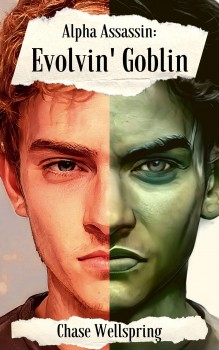 Jake Durer, a recently unemployed game designer, drunkenly installs an AI program that supposedly helps shorthanded coders to finish a project. The seemingly friendly AI, mid-operation and out of nowhere, shoots a blinding beam of light, and the next thing Jake knows is that he has been transferred into his own game, Assassin’s World… as a lowly, weakly goblin.

The AI explains to Goblin/Jake that an immersive playthrough as an ‘alpha tester’ is a crucial part of the development and that beating the game is the only way back into the real world. Just like that, Jake is left alone to survive through the harsh, unforgiving environments of the game world that he himself has never coded for.

Thankfully, the meddlesome AI has not changed the core concept of Assassin’s World: the player is still an ‘assassin’ with an innate ability called ‘Death Thief’ which ‘steals’ any target’s skills upon instant killing. And while the wayward AI has certainly left that part intact, it has also come up with its own arbitrary contribution to the growth system: the player, meaning Jake, meaning the ignoble goblin of start, is now able to ‘evolve.