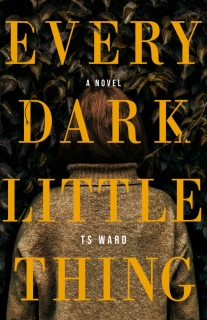 After surviving an attempted murder, a girl learns how to walk again—and so do the dead.

Left with no one and nothing but an extortionate amount of debt, a hysterical and quickly dissolving America is all that greets a cynical yet humorous Ghost outside the hospital doors. Going home only yields an empty house and the threat of the man who tried to kill her one year ago. Going home reminds her that she’s alone in every little thing—until the perfectly timed arrival of Soldier.

Leaving home presents Ghost with a harsh truth that must be faced: the minor sickness that started nearly two years ago is ravaging the country and bringing the dead back to life. Suddenly, finding the only family she has left is a fight for survival over five hundred miles with a man she doesn’t know, and a fight against her own damaged body.

Except, Ghost’s body is deemed a marvel and a necessary sacrifice by the scientist who created the very virus that’s destroying the world, just as she’s discovering an incredible will to live and a life she doesn’t want to lose.