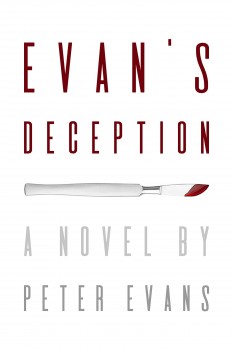 How far will a gay couple go to uphold the ideal relationship in the face of societal expectations?

Johann Schultz finds himself trapped in a dead-end relationship with Scott Brown, however, that all changes when he meets Evan Watson. Convinced he’s finally found the one, Johann decides to break up with Scott so he can be with Evan. But has he made the right choice?

It wasn’t mere chance that brought the two of them together. Unbeknownst to Johann, Evan has a very sinister agenda. Fueled by indomitable determination, Evan will stop at nothing to accomplish his twisted plan and Johann will soon find out his new boyfriend isn’t who he think he is…