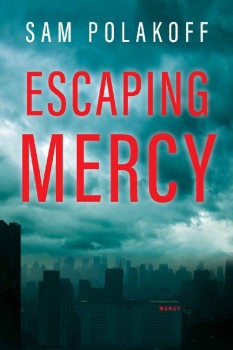 150 years in the future, hundreds of millions are homeless and the sick are forced into a euthanasia program called Mercy. Global leaders fiercely debate population control versus keeping people healthy.
When world-famous marine biologist, Dex Holzman learns about Aeternum, an ancient civilization at the bottom of the Coral Sea, he discovers a secret with the power to alter the trajectory of the planet.

With the help of Cam Atkinson, a civil rights attorney, Dex travels a deadly path in his attempt to solve the world’s most ominous dilemma. Along the way, he uncovers a maniacal world leader’s vengeful plot to shed population and restore the Earth to its former glory.