End of the Line by Robert Scragg 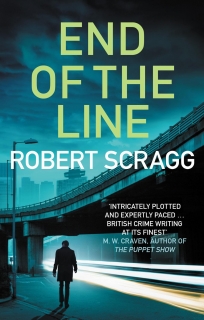 Detective Jake Porter’s life was shattered when his wife was killed by a hit-and-run driver nearly four years ago. Since then, he has been building a new life piece by piece, but this is rocked when evidence comes to light that might finally lead him to her killer.

At the same time, he and his partner DS Nick Styles have a volatile case to juggle. Ross Henderson was a vlogger rallying against the growing tide of the far-right. As his audience tuned in to his latest live broadcast, they watched in horror as he was brutally murdered.

While struggling to prevent full-blown riots in the wake of the atrocity, following the trail to his wife’s killer will take its toll. Porter will have to act like a criminal in order to take down the personal responsible, but there’s no guarantee he will come out the other side alive.