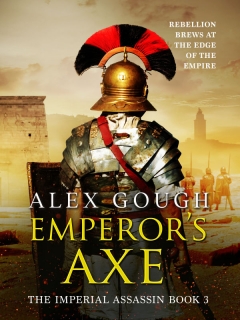 The fate of Rome, and thousands of lives, rests on the shoulders of one man.

After murdering his brother, and taking the position of Emperor for himself, Caracalla orders a brutal purge of the supporters of Geta.

Meanwhile, Caracalla’s ally Marcellus has his son suddenly kidnapped. But why? Silus is ordered to track down and rescue the boy, rumoured to be Caracalla’s child.

As Rome buckles beneath the weight of slaughter, Silus will travel to the city of Alexandria. There he will need to risk everything to save the boy, the Empire and his own life…