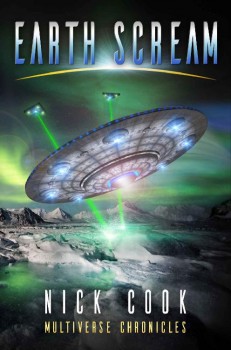 In Antartica an alien artefact from before the dawn of human history is about to be released…
Ever since Lauren and the rest of the team activated the Resonancy Generator near Cuba, the radio signature of our planet known as Earth Song has been changed forever. But it’s raised as many questions as it answered, including why the signal didn’t revert back to normal after nearly all the micro minds were all awoken. Could it be there is something else coded into the Earth Song signal and whose purpose hasn’t yet been fulfilled? And if so, does this relate to the buried Angelus secret that lies at the heart of all micro minds?

As the team works hard to discover the truth, it soon also becomes apparent that key data is missing thanks to the destruction of many of the micro minds by the Overseers. In a desperate attempt to seek help to understand the true purpose of the broadcast, Lauren heads back to Jodrell Bank to enlist the help ofher old friend and boss, Steve Andrews. Working together with scientists around the world, they must start to put together the clues and discover a way to fully activate the encrypted Earth Song signal.
The time has come for old hostilities to be forgotten and for a new alliances to be forged. But even then, can the allies hold out long from the first wave of an attack to discover the buried secret that holds all the answers to our world’s salvation?