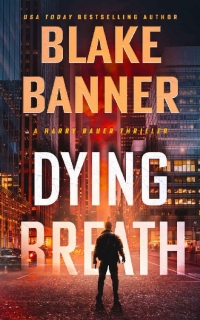 When your only training is as a first class killer, it can be hard to find a job on Main Street. Unless you work for Cobra, the secret agency that takes out the worst of the world’s trash. So when Harry Bauer left the Regiment, the toughest special ops outfit on the planet, Cobra offered him a job, taking out the trash.
Bauer had grown up fighting for survival on the streets of the Bronx. He knew everything there was to know about hard reality, and he didn’t buy into fantasies or conspiracy theories. Until, that is, one came knocking on his door…

There was nothing unreal about the job: a simple hit at Manhattan’s Mandarin Oriental Hotel, on two of China’s highest ranking biochemists, and two of the world’s most evil men.
But when Cobra High Command asks Bauer to find out why Zhao Li and Yang Dizhou are in New York in the first place, things turn dark. In a mission that will take him from New York to Casablanca, Algeria and Bangkok, Bauer will realize the hard way that sometimes conspiracy theories are real…