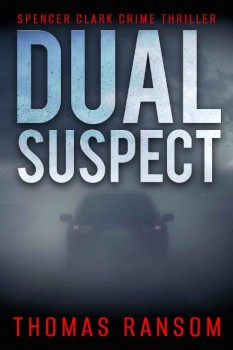 FBI Agent, Spencer Clark, is on the hunt for the perpetrator who caused the horrific accident that put Liam Westwood in the hospital fighting for his life. As she dives deeper into this mysterious hit-and-run investigation, all that turns up is dead ends.
Careful to keep all new evidence close to her chest, fearing it may implicate her sister Susan, Spencer works behind the scenes to uncover more details of this mystery-man, Liam Westwood!
She catches a break when she finds a sketchy, former lover of Liam, named Melody. This girl knows information only known to the FBI, and is definitely hiding something! Suspect #2!

Liam, who miraculously wakes up from his coma, begins to act strangely when asked about Melody and the details of that fateful night. His stories don’t add up, and he makes the mistake of mentioning he saw TWO cars that night, and one of them was RED!
The mystery unfolds in this epic sequel as Spencer Clark races to find the truth, save her sister, and put the real criminal behind bars.