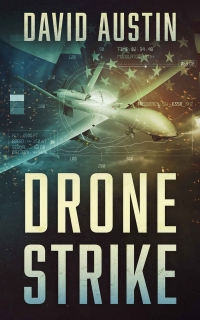 For the last twenty years America’s drone program has provided the nation with an unparalleled advantage in the skies over every battlefield from Pakistan and Afghanistan to North Africa and Syria.

But what if a foreign power managed to obtain that same capability? Not by developing their own, but by stealing a Reaper and its compliment of missiles from the Central Intelligence Agency. And what if that nation’s leader, desperate to increase his influence in the Middle East, comes up with a plan to turn every country in the region against the United States?

Tensions are at the breaking point as scores of innocent civilians are killed in seemingly random drone strikes across the Middle East. With all evidence pointing directly at Washington, protests and demonstrations erupt in front of U.S. embassies and consulates with a ferocity not seen since the Arab Spring.

Time is running out as CIA operative Joe Matthews and his team of paramilitary officers try to find the rogue drone before an emergency meeting of the Arab League votes to expel all American personnel from the region.