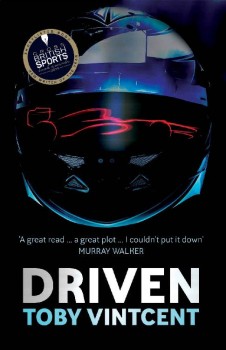 Speed, wheel-to-wheel combat and danger are part of every Grand Prix. But things take a sinister turn in Monaco. Remy Sabatino’s car is sabotaged. The team’s second driver then suffers a highly suspicious life-threatening crash.

Matt Straker, former Royal Marine and corporate intelligence director, is brought in to investigate. Under increasing life-threatening interventions, he battles to protect the team’s drivers as they try to race in the glamorous Grands Prix of the world, from Monza to Brazil.

Straker discovers the acts of sabotage are about far more than manipulating the outcome of the World Drivers’ Championship. Commercial control of Formula 1 and the billions that flow through it are what’s really at stake: a prize so great the saboteurs will stop at nothing to get what they want…