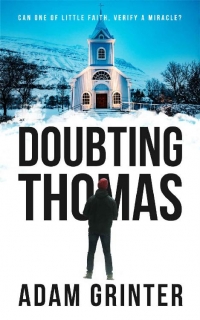 Can one of little faith verify a miracle.
As an atheist, Thomas Benson feels out of place working for the Catholic Church. He’s been hired to investigate miracles; so far, he hasn’t found one.
People have always seen something special in John, even if he comes across a little odd. He hears his Mother’s voice, though she’s been dead for years.

A 25-year-old prophecy leads the two to cross paths. When the powers that be take an interest in John can Thomas find the faith – in either God or himself – to keep John safe?
One thing is for certain – doing so will require a miracle.