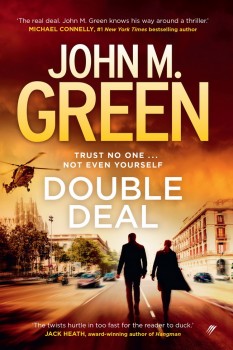 You can run from a killer – unless the killer is you …

In top-secret talks in Barcelona, ex-spy Dr Tori Swyft seals a landmark deal over the Arctic that sends Washington DC and Moscow reeling. The next morning, she wakes beside two dead bodies …
A nameless voice phones her, taunting her and revealing a shocking video that shows Tori as the murderer. Yet she has no memory of what happened.

With Spanish police converging at her door, Tori flees, in a race against time to find The Voice and prove her innocence – before it’s too late.