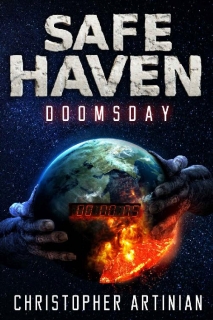 At first, it seemed like a massive social media-based prank to cause panic on the streets.
Now, fake news has become real news. The dead are rising and attacking the living. They’re spreading like a plague infecting every village, town and city.

Most countries have already fallen silent, and today will be the longest day of Andy Beck’s life. Will he be able to stave off the reanimation virus from his nation’s shores? Can he stop society from descending into anarchy as it has elsewhere?
The planet is in meltdown. The pressure is on. The countdown has begun, and only one thing is for sure…
This is Doomsday.