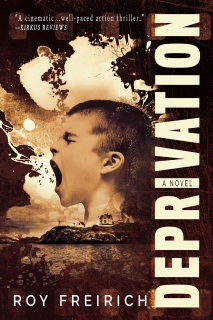 Told from three perspectives: Chief of Police Mays tries to keep order, teenaged tourist Cort and her friends compete in a dangerous social media contest for the most hours awake, while local physician and former Harvard psychiatrist Dr. Sam Carlson battles his guilt over a student’s suicide and the blurriness of his own insomnia, to try to treat the sleepless—until he and the child must flee the violent mob that blames the child for the epidemic.