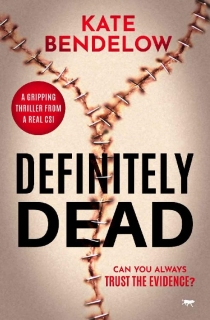 Can you always trust the evidence?
Maya Barton has just embarked on her dream job as a scene of crime officer. When she attends her first death the post-mortem deems it to be non-suspicious and the case is closed. But despite the lack of evidence, she suspects a crime has been committed.
Meanwhile, the police force focus on a mission to bring a criminal gang to justice.

When Maya is called to another apparent sudden death her reservations resurface. She is convinced a killer is on the loose; a killer who has evaded suspicion until now, but Maya’s series of mistakes alienate those around her.

As she and her colleagues are drawn further into their investigations, they end up putting themselves in grave danger.
Can Maya catch a killer and escape from her troubled past, or will the skeletons from her closet come back to haunt her? Who can Maya really trust? And who will make it out alive…