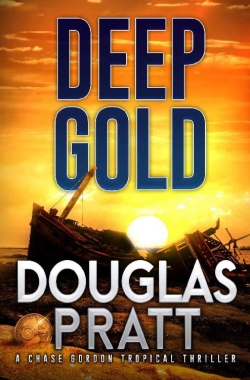 A sunken u-boat.
A lost cache of Hitler’s gold.
Can Chase beat a band of Nazis to this hidden treasure?
Chase’s peaceful beach day is disrupted when he rescues the beautiful Rikki Talen from an attempted kidnapping.

He finds Rikki being pursued by a group of neo-Nazis bent on finding a missing German submarine filled with a shipment of gold.
The hunt for the treasure carries Chase and Rikki in the footsteps of a long-dead Nazi hunter and into the depths of the ocean.