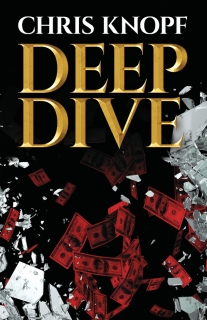 Sam Acquillo has spent most of his time in the Hamptons hanging out with the other half of the moneyed wonderland: cops and bartenders, carpenters, store clerks, and firemen. He couldn’t care less about the concerns of the 1 percent, until his best friend Burton Lewis, a certified billionaire, is dragged into a high-profile death investigation.

A former corporate superstar brought down by the machinations of the grasping class, Sam’s not entirely unfamiliar with the cultural norms of super wealth. It’s why he retreated to his cottage refuge at the tip of Oak Point Peninsula jutting into the Little Peconic Bay. But in the intervening years, he’s engaged with all forms of low-life tough guys and connivers looking for that edge, an easy path into a social order besotted with unattainable yearning. A world where the best revenge is one with no consequences, no penalties, or costs.

For some, there is no power without prestige, and no prestige that can’t be bought. They see no distinction between corporate profit and high-minded nonprofits, charity being the currency of social preeminence. In Deep Dive, Sam discovers just how right he is. The rich can achieve a level of depravity and hate both invisible, and incomprehensible, to the rest of us.