Death of a Mermaid by Lesley Thomson 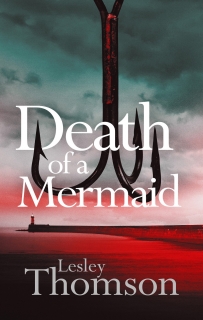 When Freddy Power was eighteen, her father threw her out. Her sin had been to fall in love with a woman. Freddy waited for two decades to be invited back into the family. The summons never came.

But now, in the wake of her parents’ death, Freddy feels the call of home like a siren’s song. The ferry from France emerging out of the mist. Fisherman unloading trawlers down at the harbour. Her childhood friends, Mags and Toni, walking on the cliffs at sunset.

Yet when she arrives in Newhaven, she finds that time has not stood still. After twenty-two years of silence, her brothers exclude her, and Mags and Toni feel like strangers. But then Mags goes missing, and old secrets – and old passions – are reignited. Freddy is determined to lead the hunt for the woman who was her first love. Even if it means confronting the past, and facing up to the truth about her family.