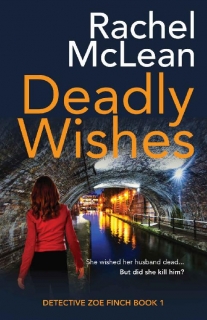 Meet Zoe Finch, West Midlands Police’s newest Detective Inspector. She’s outspoken, ambitious, and damaged. And she’s working a case that could make her career, or cost her everything…
Fresh from the success of the Canary investigation into depravity and corruption at the highest levels, she’s attracted attention. Not least from Assistant Chief Constable Bryn Jackson.

But when Jackson is brutally murdered on the night of his retirement party, Zoe is dragged into a case that’s deeply personal.

All the evidence points to the victim’s downtrodden wife, who has secrets of her own. But Zoe begins to suspect all isn’t as it seems. Could Jackson’s death be linked to the Canary case? And what is her new boss, DCI David Randle, hiding?
Seeking out the truth will force Zoe to confront her own past, and put her career, and her team’s lives, on the line.