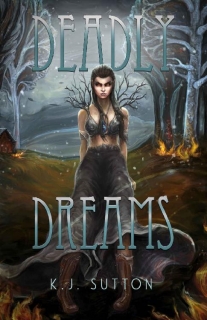 I pushed myself up and stumbled away. But the memory followed me like a bad feeling. It found its way through the shabby mental wall I’d erected. Within seconds, it filled my skull again.
Fortuna has made one too many sacrifices to protect the ones she loves.
She no longer knows how to go about her day-to-day life like she’s normal. Like she’s not utterly destroyed. Just a glimpse of Ian O’Connell’s face causes panic attacks, and Collith isn’t much help, considering he’s fighting demons of his own.

Amongst so much inner turmoil, Fortuna’s abilities are still changing. However weak she feels, she knows she’s getting stronger. Fortuna does her best to hide it from other Fallen, because in the world of monsters, strength will get you killed. Well, that and unpredictable panic attacks.
Unfortunately for Fortuna, it’s when you’re most vulnerable that enemies—new and old—like to come out of the woodwork…