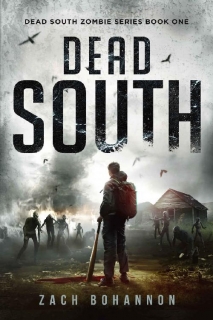 The Dead Can’t Bury the Truth…
Three years after an incurable virus spread and turned a majority of the population into mindless and cannibalistic creatures, the world is a barren place. Society is broken, and most who remain have banded together in small camps and communities.
Jon South is not like most other survivors.

After losing his wife and son nearly two years into the pandemic, Jon now wanders the country roads and woods of rural Tennessee, a vigilante taking his revenge out on the undead monsters that took his family from him. He lives in solitary, and with nothing more to live for, he plans to die alone, sooner rather than later.
But after coming to the aid of a pair of strangers out in the woods being attacked by men, Jon learns that he might have been fighting the wrong monsters the entire time.