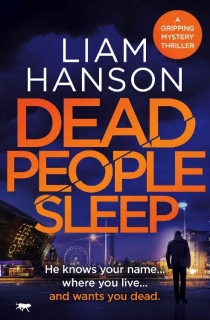 He Knows Your Name… Where You Live… And wants you Dead
Dr Richard Wellman is a Consultant Anaesthetist at the University Hospital in Cardiff.
He’s also a serial killer with a grudge.

Back to work after being shot, DCI Bran Reece struggles with PTSD following his wife’s murder in Rome nearly eighteen months earlier. As Reece and his team investigate a number of separate murders, he suspects they are linked, despite the evidence suggesting otherwise.

Meanwhile, Reece’s nemesis – Billy Creed – exacts violent revenge on the engineer he blames for the loss of his kneecap, sustained in the same shooting that almost claimed Reece’s life.
With Reece fast closing in on the doctor, can he bring the man to justice without ending up in the firing line for a second time? Or will his preoccupation with Billy Creed blind him to the fact that a member of his own team might well be in mortal danger?