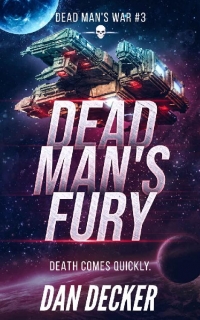 Death comes quickly.
Just when Earl Anderson thought he was finally about to get some answers, an impossibly large force of enemy spaceships appear on the horizon, tossing the training camp into turmoil.

At a moment when he thinks his commanding officer John Jeffords and he are about to finally cooperate , Jeffords once again gives him an order meant to kill him.
Earl Anderson has no choice but to obey, fearing that death is just a few steps away.
He now faces a battle for which he is not only ill-trained, but he is also unarmed. He must use his wits and what abilities he has to struggle for survival.