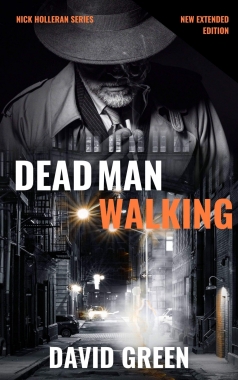 Nick Holleran, private detective, had seen it all.

Then he died and returned to life, realizing everything he thought he knew was a lie. There is a Hell, and we are living in it. Demons, ghosts, and fallen angels live amongst us, and only a cursed few know.
Taking cases to earn his ticket into Heaven, a job falls into Holleran’s lap that tests his new found virtues, when he is forced to deal with the one thing he has avoided, the man that killed him. Will Nick be able to keep his past behind him, or will it destroy his present?

Revenge is a sin, and sinners stay in Hell.