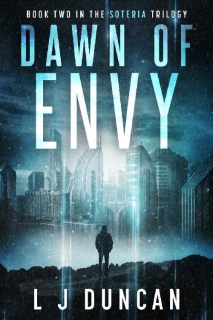 A ruthless invader. A bloody ultimatum. With their dreams turned to ashes, can two escapees turn the tables on their old enemy?
Tyson Anderson thought he’d finally eluded the deadly reach of his persecutors. But soon after arriving at the trading community of Arcady, an invading superpower crushes his hopes for safe haven. Forced to help the callous foreigners retrieve a powerful medication from the Union he fled, Tyson embarks on what he’s certain is a suicide mission.

Brie Kallas has conquered fear and embraced death. But just as she dares to consider the chance of a bright future, it’s snatched away at gunpoint. And with her beloved Michael at the intruder’s mercy, she’s thrown back into the hell she escaped.
Now Tyson and Brie must infiltrate the despotic nightmare they risked everything to flee. Their hunger for purpose and salvation rests on stealing from one tyrant to appease another.
Can the pair defeat their foe’s lust for power and restore hope to humanity?