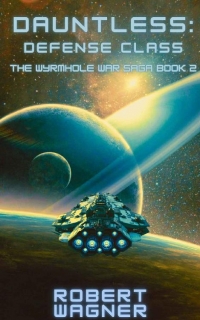 Herra races to warn Earth of an imminent threat. Will she succeed in her undertaking?
After narrowly escaping an attack by a newly discovered alien species, Herra and the crew of Dauntless return to Earth to warn them of this new threat.

At the same time, she’s promised to return Kohora to his people, the Ishalans, who’ve already faced losses at the aliens hands.

Pulled in different directions by her sense of responsibility, what she only wants is to return to the freedom of exploration, but instead is pulled deeper into the struggle.
When she meets up with a new ally from Earth, together they attempt to ready the galaxy, before its too late.