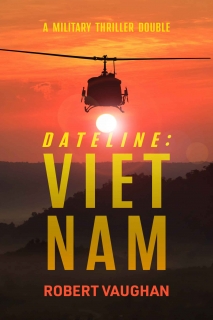 To understand Vietnam, you had to be there, and that is what one reporter decided to do.
For one dedicated reporter, Vietnam was not politics, strategy, or parades…it was reality. The real war didn’t happen in a Pentagon or Saigon briefing room. The real war happened in-country.

For the soldier in the field, Vietnam was the terror of walking point deep in the Jungle, it was a white knuckled helicopter flight into the heart of darkness. Vietnam was an enemy you never saw, a buddy’s life snuffed out in front of you.

That was the real story of Vietnam, the story that did not make the papers as often as a general’s speech or a politician’s press conference. But one reporter is changing all of that. And his reports from then and there bring readers straight to a part of hell.