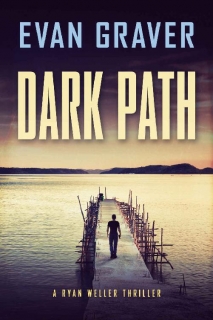 A COUPLE IN NEED … A MARINE SEEKING REVENGE … A CONSPIRACY THAT COULD KILL THEM ALL
On hiatus from his commercial diving job at Dark Water Research, Ryan Weller takes a shot at happiness by sailing around the Caribbean with his beautiful girlfriend. But continually tormented by doubts about his future, the ex-Navy EOD tech soon wonders if he might be kidding himself about being able to settle down.
When Ryan comes across a couple in distress aboard a sinking sailboat, he immediately answers the call to action and leaps beneath the waves to perform a daring rescue. Saving the lives of those on board, he uncovers a far-reaching money laundering network, and a disgruntled Marine determined to track down and eradicate its members.

Never one to ignore those in need, Ryan calls on his buddies at DWR to assist him in following the money back to its source. As he strikes out across the Caribbean looking for answers, Ryan finds himself up against a deadly adversary who is prepared to do whatever it takes to cover their tracks and threatens the lives of all those who conspire against them.
But no matter the danger, there’s nowhere Ryan Weller won’t go on the path to justice!