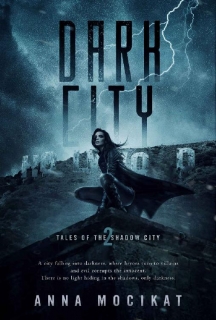 With the help of his human and non-human allies, Colton has accomplished the impossible; he killed the Overlord of the Dark Ones, crippling their offensive – for now. The battle is won, but the war has just begun.
Three weeks later, the nightmarish creatures from another dimension are back. And they’re stronger and more vicious than ever.

If that isn’t bad enough, Colton is suffering from a mysterious, life-threatening illness.
To save him, his friends bring him to the enigmatic Academy- a conglomerate of cyber-enhanced scientists. Here, the shocking truth about Colton’s identity is finally revealed.

Meanwhile, Vincent, a powerful entity disguised as a human soldier, falls for Eurydice, an ice-cold enforcer for the Dark Ones. He must choose which side he’s on. A momentous decision that could destroy the world as we know it…