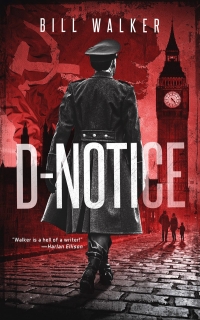 Surrounded by lies. Haunted by questions. One man’s quest for truth could expose the treason of the century.

London, 1984. Michael Thorley, Jr. regrets never knowing his father. Taken from him by the war before he was born, Michael consoles himself by helping families track down the final resting places of lost soldiers. But when he’s flooded by requests for unlisted conscripts from a non-existent regiment, he’s plunged into a treacherous forty-year-old mystery powerful figures would rather remain buried…

Shaken by the revelation, Michael has barely begun to unearth the facts when an alluring woman turns up on his doorstep begging to speak with his late dad. And now convinced his father’s death was suspicious, the two follow a trail leading to deceitful double lives and shocking Soviet secrets that could get them both killed. Can Michael uncover a blood-drenched conspiracy before he’s sent to his own unmarked grave?