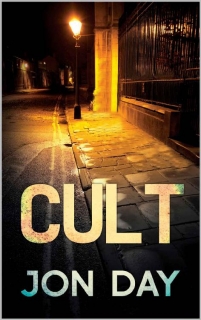 We all know killing is wrong, but what if the right people are being killed? Jon Day introduces his intriguing new detective, DC Ashley Fenway.
At twenty-four, she has just been drafted into Manchester Major Crimes. A new unit created by the mayor of Manchester to fulfil his campaign pledge of bringing crime down. Their first victims have been found tied to their beds with their throats slashed, and dark pasts catching up with each of them.

As Ashley delves deeper into their victims, she finds a possible link that goes back to a mysterious religious cult that hides the secrets of not only their victims, but people in high places of power, and people who would do anything to keep those secrets hidden. Once the reason why the bodies are piling up becomes clear, it becomes obvious that no one wants the murders solved, with the public and media actively encouraging it. It leaves Ashley, and the country thinking that not all justice is equal.