Crucible of Fear by D.W. Whitlock 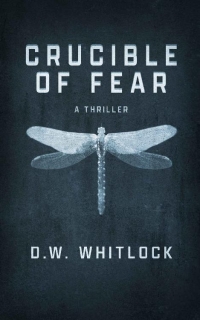 A man’s life in chaos. His young daughter at risk. How much is a pound of flesh worth?
Dante Ellis is a successful advertising executive on the rise. His world is plunged into a harrowing nightmare after he’s targeted by ruthless hackers known only as Dark Messiah.

Dante soon discovers no part of his life too sacred to be used against him, no secret buried too deep. What began as a veiled threat soon descends into a desperate conflict against the will of an unseen enemy.