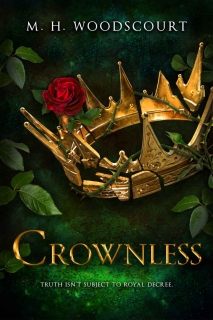 A fugitive storyteller running out of time. A prince hiding from his mother. A kingdom on the brink of collapse. A search for a world of magic. Convinced his tales are true, storyteller Jinji is determined to find the legendary fae realm of Shinac to save his world from a dread lord trying to cross over—before a fatal illness ends Jinji’s life.

Prince Jetekesh is caught between a controlling mother and his affection for his dying father—until he’s kidnapped and forced to journey with a delusional storyteller and a motley band of fugitives in search of a myth.

Hunted by the queen, hindered by a malady, and invaded by an enemy empire, Jinji and Jetekesh race across a crumbling kingdom to find the alleged gate between worlds. But even if Shinac exists, how can a humble storyteller and deposed prince hope to stand against a devastating evil?