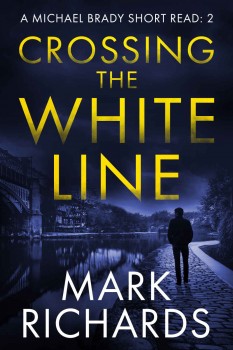 Michael Brady risked it all – for the man who nearly killed him.
Two years later – and he has to do it all again.
“I don’t care what it costs me. He’s not going to beat me. Not a second time…”
Charlie Irvine – former football star – is dead. Full of drugs and booze he’s been found in the local canal.
Brady knows who’s responsible.

But there’s no proof, no evidence, no witnesses.
“I sat by the river and waited. The body of my enemy floated past. And it waved two fingers at me…”
Brady’s got one chance. And one chance only.
Or he’s on his own. Against Gary Cooke.