Crossing Over by John Carson 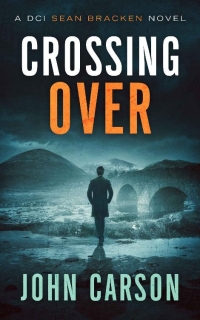 A woman is found dead, brutally murdered, her death made to look like an accident.
DCI Sean Bracken is called in and discovers that the young woman has a very powerful father. Was somebody trying to get back at him or has the woman’s secrets finally caught up with her?

Bracken also has to deal with the mysterious arson attack on his boss’s house. And a name from the past resurfaces, a name that Bracken thought was dead and buried
He is walking a tightrope with these cases and not everybody wants him to succeed. But he’s never backed down from a challenge in his life, and this is no different.
With his hands full, Bracken is getting pulled in different directions. But he’s more than capable of dealing with a problem head on. As somebody is about to find out…