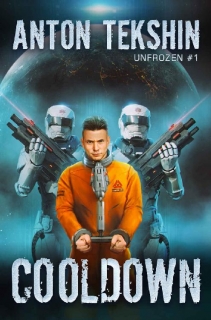 If you’re going to stick your hand into somebody else’s refrigerator, you better be ready to deal with the consequences. Especially when, instead of perishable foodstuffs, the icebox in question contains people who are “provisionally alive.”

They haven’t died yet — death has not yet made up its mind about them. And even though most of them will never open their eyes again, a lucky few do stand the ghost of a chance of returning to this world. What a pity then that among these fortunate souls, there is one man who thought his earthly affairs concluded for all eternity.

His case file bristles with cautionary attributes such as “serial killer,” “extremist” and “mentally unstable.” And yet could this be the best candidate for an assignment that has already claimed the lives of several veteran operators? Who knows…