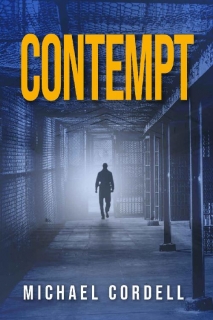 Playing by the rules landed him on death row. Now he’ll have to break all the rules to survive.
After spending five years in jail for a murder he didn’t commit, lawyer Thane Banning agrees to take on a case defending a former inmate against the same DA who put Thane behind bars.

Thane is besieged by death threats from the alleged victim’s father and a tidal wave of public outrage following his release, not to mention the corrupt DA who has a grudge to settle. But he doesn’t have much time to think about his personal problems because the case is turning into a nasty fight.

Luckily, prison taught Thane a thing or two about survival in a world full of criminals. The last time he played by the rules in court, he landed on death row. This time he’ll have to break more than a few rules to come out of this battle unscathed.
With help from an ex-inmate and an ambitious law student, Thane will do everything in his power to make sure another innocent man isn’t locked up. But will they be able to uncover the truth in time and convince the jury before the gavel drops for the last time?