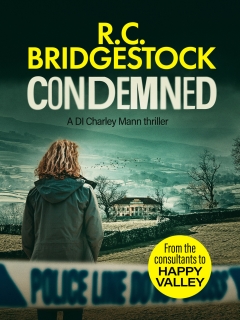 An old house. A fire. Two corpses…
West Yorkshire DI Charley Mann is called for what seems a routine job. Prior to demolition a deserted manor house appears to have been the target of an arson attack. But something isn’t right.

The house has a dark history – and a dark present. When the remains of two bodies are discovered hidden inside, it soon emerges they were murdered decades apart. Who are they? What are their connections to the house? Why were they killed? And what is the connection to the fire? Amongst the ashes, Charley is soon drawn into a web of deceit and violent plots.
The ghosts of the past can be all too real. Face them at your peril, because what goes around, comes around…