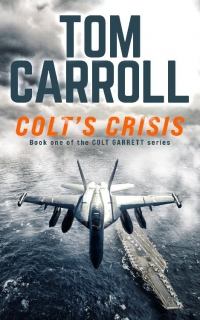 The Colt Garrett Series is a spy-thriller centering on defense policy wonk Colt Garrett. When the U.S. Secretary of Defense suddenly dies, creating political intrigue, Colt Garrett is appointed by the President to the second-most powerful job in the world. While onboard USS Ronald Reagan in the Western Pacific, he must find and recover missing biological warheads hidden in South Korea before U.S. efforts to bring peace to the region are derailed.

Colt’s son is a Navy pilot onboard the Reagan, and they struggle to repair their severely strained relationship, while Russian agents conspire to assassinate the new SECDEF before he can influence policy against Russian interests. Espionage, politics, betrayal, romance and assassination all while embarked on one of the most powerful ships in the world combine in this military tech thriller.