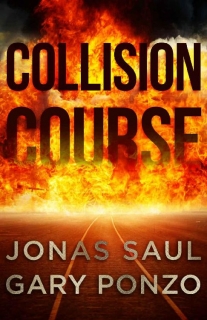 A ruthless Iraqi terrorist has spent years preparing a retaliation for the US invasion of his homeland. Even Nick Bracco, the FBI’s top anti-terrorist agent, feels vulnerable against the imminent attack on US soil. As Chicago appears to be ground zero for an explosive assault, he’s persuaded to call in renown psychic vigilante, Sarah Roberts.

With the clock winding down, Sarah undermines the FBI’s tactics and resorts to using a distraught teenager to help their cause—an extremely risky move. If she’s wrong, Chicago will pay a heavy price. Can they find the Iraqi terrorist in time? Or will the body count be ten times higher than anything America has seen before?