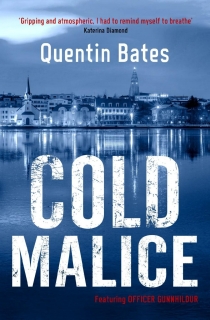 Reykjavík Detective Gunnhildur Gísladóttir tries not to believe in ghosts.
But when Helgi, one of her team is certain he’s seen a man who had been declared dead more than fifteen years ago, she reluctantly gives him some unofficial leeway to look into it.
Has the not-so-dead man returned from the grave to settle old scores, or has he just decided to take a last look around his old haunts?
Either way, there are people who have nursed grudges for years, hoping for a reckoning one day.
Even the rumour of his being alive and kicking is enough to spark a storm of fury and revenge, with Gunnhildur and Helgi caught up in the middle of it.