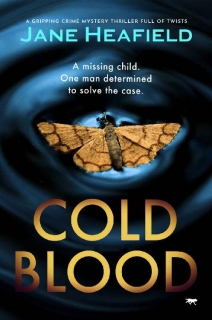 A missing child. One man determined to solve the case.
When DCI Liam Bennet hits a dead end after investigating a stabbing, he receives an unexpected messagefrom Lorraine, the estranged mother of his ten-year-old son, Joe.
Hoping that Lorraine wants to make amends, Bennet is disappointed to learn what she really wants is his help accessing police files.

And when Joe tells his father he wants to reconnect with his mother, Bennet decides it’s time to find Lorraine.
When he tracks Lorraine to the village of Lampton, he discovers she was part of a film crew who were investigating the disappearance of a young girl years before, and they have also vanished.

Drawn into a mysterious and complicated case, Bennet soon finds himself up against a wall of silence.
What really happened to the little girl?
Has something sinister befallen the film crew?
When a body surfaces in a local lake, Bennet finds himself in a race against time to uncover the truth…