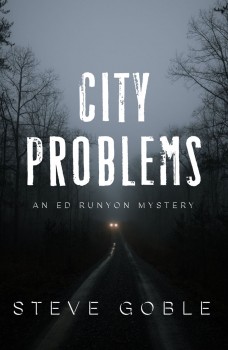 Ed Runyon bolted from the NYPD after a runaway teen case fell through the cracks and turned into a nightmarish murder. Now, he’s learned to bury the rage that consumed him, cope with depression, and enjoy life as a Mifflin County sheriff’s detective in rural Ohio.

Ed is trying to relax on his day off when Columbus PD Detective Shelly Beckworth comes to Mifflin County in search of a girl who vanished after a pop-up party. The clues are scarce—a few license plates, a phone shattered on the roadside—but the trail leads to Ed’s neck of the woods.

He tries to shove everything else aside to keep this case from ending in another tragedy, but a cop can’t pick and choose which calls to duty he’ll answer. Frustrated, Ed watches a happy ending slip beyond sight—this one he cannot run away from.

Charging forward, Ed breaks rules and takes risks leading to a bloody confrontation where everything he believes as a cop and every ghost in his head clash—a moment of avenging violence that will ultimately change his life to the core.

Perfect for fans of Robert Crais and John Sanford