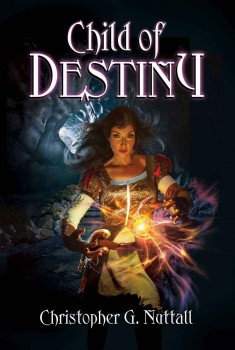 Eight years ago, the Sorcerer Void saved Emily’s life. To Emily, Void became, in so many ways, the father she’d never had. And yet Void kept a secret from her. To save the Allied Lands from themselves, to keep them from being destroyed by the necromancers or torn apart by their short-sighted rulers, he embarked on a plan to launch a coup and reunite the long-dead empire, a plan that can only end in total war or a permanent living death. He must be stopped.

And now, all that stands between him and his goal is his adopted daughter, Emily herself.
Gathering her allies, Emily prepares herself to return to Whitehall, to face the most dangerous opponent she has ever faced. But as she pits the new world against the old in a desperate bid to undo Void’s work before it is too late, she is forced to confront a deadly truth…
Is it possible that Void might be right?