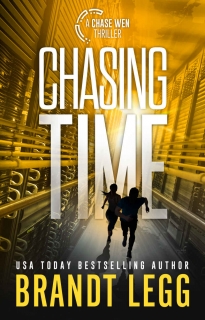 You are out of time. Survival is impossible. The only choice remaining . . . Who else is going to die with you. Twenty-four hours ago, Chase and Wen, a fugitive billionaire and a former spy, thought they still had time.