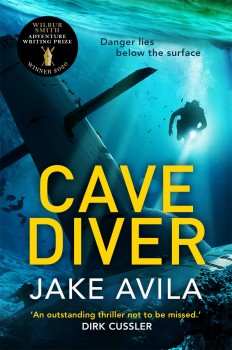 A high-octane, fast-paced novel from a new voice in adventure writing and the winner of a Wilbur Smith Adventure Writing Prize. For fans of Clive Cussler.

Acclaimed explorer Rob Nash has lost his way. Grieving the death of his wife, and blaming himself, he sees no reason to carry on. But when his ‘Uncle’ Frank Douglas offers him the chance to lead a cave diving expedition in the jungles of Papua, Nash can see some light at the end of the tunnel.

But the expedition might not be what it seems. With a decades old Japanese submarine buried deep in a cavern, and a team hell-bent on unleashing the treasures it hides, Nash finds himself on a ship heading for danger. With a lethal band of criminals on board, who will stop at nothing to get the gold, Nash is fighting for his life. Whilst battling his own demons, can he forgive himself for the wrongs of his past – and survive the perils of the deep?