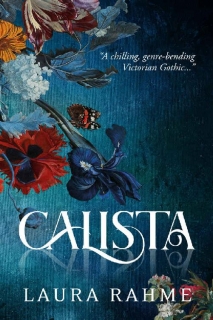 “Colours and shapes have a habit of changing in this house. When you think you have grasped what you are seeing, you find it is all an illusion, and things take on quite another form.”
England, 1848. When French Inspector, Maurice Leroux, arrives at Alexandra Hall to investigate two grisly murders, he finds superstition and fear rife among the servants and the new master of the house.

And what of the mysterious man who once owned this isolated Berkshire mansion? A decade ago, Aaron Nightingale returned from the Greek islands with his bride-to-be — the gifted village girl, Calista. Now husband and wife lie dead and two other occupants of the house have since been murdered.
Faced with a series of chilling and unexplained events, Maurice becomes convinced that a supernatural presence, perhaps Calista’s vengeful spirit, haunts Alexandra Hall.

But the Nightingales harboured dark secrets and Alexandra Hall has witnessed more horror than Maurice Leroux can imagine. As the French Inspector methodically unearths an inhuman evil, it will edge him closer to the terrors of his past and lead to an unforgettable discovery.