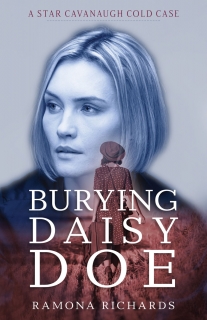 No cold case is more important than the one that destroyed her own family.

Every small town has one unsolved case that haunts its memory, festering for generations below the surface with the truth of humanity’s darkness. Star Cavanaugh is obsessed with the one that tore her family apart.

Over sixty years ago, Daisy Doe was murdered and discarded outside Pineville, Alabama, buried without a name or anyone to mourn her loss. When Star’s father tried to solve the case, he was also killed. Now a cold-case detective with resources of her own, Star is determined to get to the bottom of both crimes. But she’ll have to face an entire town locked in corruption, silence, and fear—and the same danger that took two other lives. The only people in town she can trust are her grandmother and the charming Mike Luinetti, and both of them trust a God Star isn’t sure she believes in. Can Christians so focused on the good really help her track down this evil?