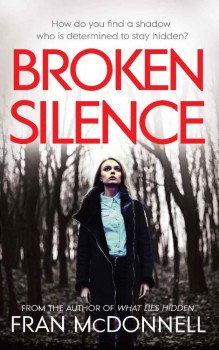 A sinister and systematic crime – the hunt for a meticulous and elusive villain.
Isobel McKenzie, a psychotherapist, discovers the body of a young woman along the banks of the Shannon. She has been raped and strangled. As the news spreads, other rape victims contact Isobel confidentially. Their stories are so shockingly similar that it is clear a serial rapist is at large.

Garda Detective Inspector Eoin Ryan and Sergeant Alanna Finnegan are on the case. As Isobel shares the details of the unreported rapes with them, they realise that a shadowy figure has been ruthlessly raping women in Limerick City for a long time past. However, the perpetrator is meticulous and has left no trace of forensic evidence.
Ryan and Finnegan are prohibited from investigating unreported crimes and so are forced to rely on Isobel’s unofficial help in their efforts to identify the killer.
With Isobel herself now a likely target, can she prevent him from striking again?